Day 1 - Friday 5th April - We landed in Johannesburg at 9.00am on Friday 5th April, having spent Thursday night in the air, doing our best to get some sleep during the 13 hour flight! Have you ever tried sleeping sitting up? We found it is almost impossible to sleep for longer than 20 minutes at a time. We felt right at home in Johannesburg as we left the airport as it had been pouring down when we left Manchester and Johannesburg was just the same! Jabu took us to his school where everyone made us feel extremely welcome, especially the staff who had come to stay with us in 2015; it was a meeting of old friends! Unfortunately, I was so tired I forgot to take any photos apart from this one of Jabu with Mrs Morgan and Mrs Chapman!

Day 2 - Saturday 6th April - Our day started with a 6km trek through Klipriviersberg Nature Reserve, where we saw lots of birds and some kudu and springbok in the distance. The weather was fantastic and we had lots of opportunities to speak to our South African hosts about the wildlife and the beautiful reserve we were walking in. The history was fascinating - there was a farmstead there from 1812 until 1987 (when the last of the landowners died) when the land was passed to the local authority so it could become a nature reserve. It is beautiful!

In the afternoon we had the chance to go to the top of the Soweto Towers, probably the most famous landmark in Soweto! At 33 stories, or over 100m high, it is quite an adrenaline rush getting to the top in a ‘lift’ that follows the contours of the left tower so that you first go in, then go straight half way up and then go out as you approach the top!!

The view from the top is amazing. You can bungee jump from between the towers, which is one of the top destinations in the world to do it from, but you must be seriously brave (or stupid!!) as the rope gangway that leads you there is swaying left to right over 100m up, with huge gaps at waist height in the rope bridge, plus you have to navigate that even before you jump!! I did try to tempt Mrs Morgan, but she politely declined the opportunity.

In the evening we went to a traditional South African game restaurant, where there was traditional Zulu entertainment! Day 3 - Sunday 7th April - as it was Sunday we started with Mass at St Thomas’ Catholic Church in the Lenasia area of Soweto. Everyone made us feel very welcome and I would describe the Mass as very African. There was a section in the middle of the benches where there was a full drum kit, piano and brass section! They led the beautiful singing of the congregation and we even received a special welcome at the beginning of Mass. The 1 1/2 hours went by very quickly and we felt spiritually uplifted on leaving the church.

After a quick break we went to the Hector Pieterson Memorial, which tells of the tragic killing of Hector Pieterson, a 13 year old schoolboy in 1976 at the start of the Soweto uprising and the story of how the schoolchildren of Soweto changed the way South Africa was governed. Where the memorial stands, about 15,000 schoolchildren had gathered to protest, but the police opened fire with live bullets and Hector was killed. A journalist took a photograph of Hector being carried away bleeding and it quickly became world famous. There is now a monument with that photograph that you can see us in below.

We then went to visit the house that Nelson Mandela lived in. Inside the house was lots of interesting information about his life up until his life sentence in 1962, after which he spent the next 27 years in jail. His life story is fascinating, depicted in the book and film ‘The Long Road to Freedom’ - it is a must-read if you haven’t already read it. You can see the tribal leopard skin on his bed, depicting that he was the son of a chieftain and lots of photographs of various stages of his life. The front walls of the house still have the bullet holes where the police took shots at the house. Day 4 - Monday 8th April - while you were probably enjoying a lie-in on the first day of the Easter break, we were up at 6.15am and in Jabu’s car by 7.15am, to take us to his school! His school starts at 7.50am and it was a wet and windy start to the day, but thankfully the sun did come out at lunch time. What a morning we all had! We went into different classrooms to experience the classes the pupils have, very similar to our own, Maths, English, science etc., although my first lesson was in Zulu class, where I got to try out my (very poor!) Zulu. The teacher and pupils were very kind and patient with me, although I’m sure my pronunciation wasn’t very good! We all had a question and answer session about life at St Edmund Arrowsmith - their biggest surprise was the relatively small number of pupils in our classes. I’m not surprised, as they have at least 55 per class in their school! Mrs Morgan and Mrs Chapman had lots of examples of singing and dancing in their classes too, what a fantastic morning!

In the afternoon I felt a little bit like Father Christmas as we had taken lots of Haribo sweets with us and stationery packs with pens, pencils, rubbers etc. The pupils were really excited to receive a gift that had come all the way from England! We even took a nice pen for the teachers, which they really appreciated.

The pupils and the school make a little go a very long way - a simple lesson that we could learn a lot from. What struck us most from spending the day in their classes was how little resources they have but how incredibly happy they are simply to be together in their school community. Day 5 - Tuesday 9th April - Today we taught the pupils a scheme of work about climate change that you will be studying in the pastoral curriculum next term, basically asking them what their thoughts were on climate change and how we all have to contribute to the push to reduce the effects of climate change as it affects everyone in the world in one way or another. Then the rest of the day was very much about singing and dancing! We were asked to observe a Zulu lesson, where the pupils study the traditional Zulu songs and dances of their culture. Words don’t do justice to how joyful the pupils are when they sing and dance, so please just watch the video underneath and you will understand! Day 6- Wednesday 10th April – Today we repeated the format of yesterday but with different classes.  In the afternoon we visited ‘Lion Park’, where we got to see the lions at very close quarters! The adult male lions are massive! I’m glad they had just been fed, otherwise we may have been on the menu!

Day 7 – Thursday 11th April – Our last day in Soweto left us feeling a little sad that we were leaving in the evening, but thankful to all the staff and pupils who had made us feel so welcome.  Most of the morning was taken with preparation for our leaving assembly and then the actual assembly itself.  My words would not do justice to the joyous occasion it was, with pupils and staff joining in with the singing and dancing, the pictures and videos are explanation enough! Se Siazaana Siyabonga Ka Kula - we know each other well, thank you very much

We then had a final traditional African meal with the staff, before taking lots of photographs and exchanging contact details with them.  After ‘high-fiving’ most of the school we bid a fond farewell to them.  It is brilliant to know that we will be seeing some of them next July when they visit our school.  We will be looking for pupils in year 7 to act as ‘pupil buddies’ when they do visit, more details of how you can get involved closer to the time. I hope you enjoyed the account of our trip. 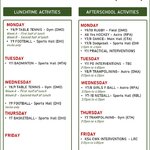 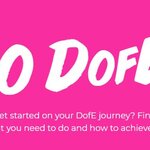 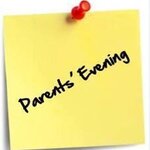