Jennifer attended St Edmund Arrowsmith School in Ashton in Makerfield from 1989-1994. From the age of 18, she attended Rose Bruford College of Speech and Drama, Sidcup, London where she trained to be an actress from 1996 to 1999.

James' first TV role was in advertising for cleaning powder. Shortly afterwards she took the role of Geena Gregory in Coronation Street which she played from 2000 to 2002.

In May 2005, she began playing WPC (later Detective Constable) Kim "Posh" Spicer in Dalziel and Pascoe. 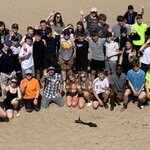 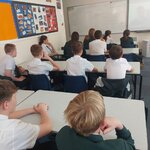 Breakfast with Industry - thank you to Andy Burnham