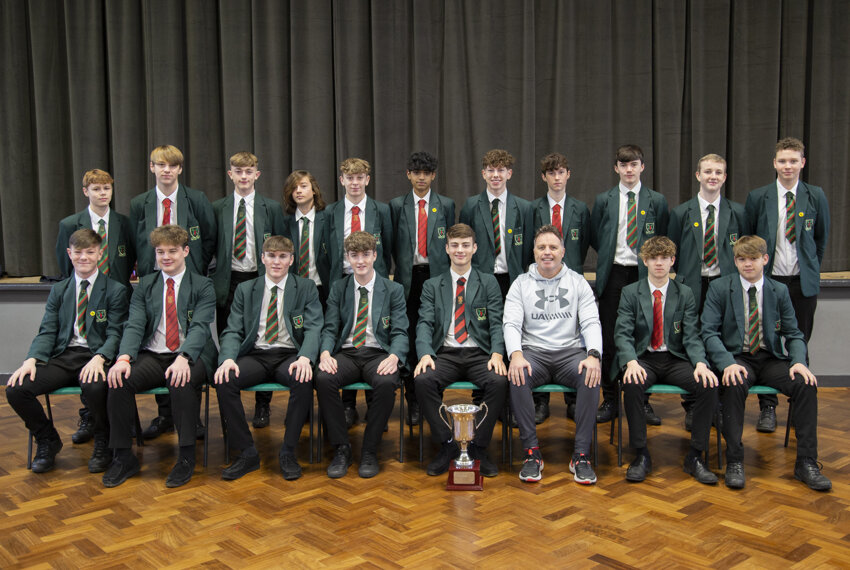 On Thursday 2nd December on a freezing cold night, we witnessed something fantastic at Ashton Athletic Football Club.  Our Year 11 Boys Football Team played Standish High School in the Year 11 Wigan School’s Knockout Competition.  They had not lost a game in the run up to the final but certainly faced their sternest test in the final against a very strong Standish team.

Mr Bradley has coached the team superbly for 5 years and we all wanted the culmination of those 5 years to be a victory in the final. We dominated the first half and were deservedly 1-0 up at half time, Standish came back strongly in the second half but could not break through a magnificent defensive effort and the game ended with a hugely deserved victory! As captain Tom Holland, who has played brilliantly all year, received the trophy and there were celebrations all round.  Many, many thanks to the parents and staff who came to support.  I was delighted for Mr Bradley and for the team for winning, but I am even happier and delighted with the way the team have conducted themselves throughout the year, they have been magnificent and exemplify the qualities we are hoping to instil in our pupils. Well done boys, a fantastic achievement!

Another 4 students join our Millionaire's Club 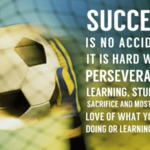 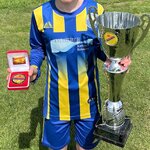