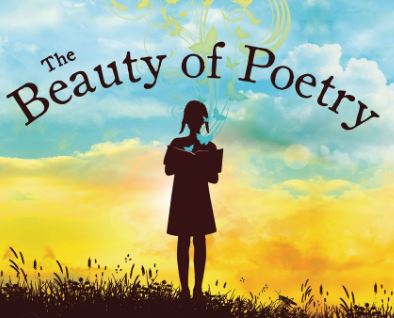 Please have a read of the articles written by our very talented pupils , Joshua, Hayley and Bobby describing the recent poetry competition.  They really capture the spirit of the competition.  Well done everyone who took part!

William Wordsworth defined poetry as "the spontaneous overflow of powerful feelings." Emily Dickinson said, "If I read a book and it makes my body so cold no fire ever can warm me, I know that is poetry." Dylan Thomas defined poetry this way: "Poetry is what makes me laugh or cry or yawn, what makes my toenails twinkle, what makes me want to do this or that or nothing."

It was Thursday afternoon and all 5 sets from the Y band of year 7 entered the hall ready to watch performances of poems from each of the 5 classes. All the classes from had previously voted for the group they wanted to see participate in the final. The atmosphere in the hall was electric and all pupils were ready for the start of the performances. First Mrs McLoughlin opened the show by explaining all about the competition that was being held that afternoon. She also introduced the judges panel who consisted of Mrs Payne, Mrs Read and Mrs Hollins all ready to watch some great pieces of poetry.

The first group to perform were 7Y1. They were to perform a poem called Matilda. Their group was made up of Milo, Eve, Scarlet and Dominik. The poem was about a girl called Matilda who once lied about her house being on fire by calling the London fire brigade. Then when her aunty went off to the theater one day, a fire actually did happen but nobody saved her, because they thought she was lying. Milo  brilliantly acted being fire, by shaking his red hair around. The poem was performed with lots of action and a great Scottish accent. When the poem finished applause erupted around the hall.

Next to perform were 7Y3. In there group were Isabel, Eleanor and Eva. They performed a poem about their experiences in dancing and described what they liked and didn’t really enjoy about it. The poem was performed in unison and it was well rehearsed – perhaps like their dance performances.  7Y4 were up next. The group was made up of Conor, Harry and Lucas. They performed a poem about their experiences in English. It was called Born to Perform. The poem was very amusing  and  described their English lessons as being boring and them not wanting homework. I wonder what the teachers’ thoughts were about the poem? The pupils definitely liked it as they were all cheering and clapping loudly.  It was 7Y2s turn to perform next. In their group were Spike, Lincoln and Jude. The poem was one that the year had already reviewed before in class. It was called Mosquito. The group performed the poem well with lots of actions and every word being clear for the audience to hear. The poem included lots of different tones in voice by all three of the performers.

The final poem to perform were 7Y5. Their group was made up of Kieran, Finley, Poppy and Kira. The poem was called Wigan and yes, it was all about Wigan and what they like in the town. It included everything from pies to chanting at rugby matches. Although the poem was short it brought laughter and smiles to the audience. The poem finished and a roar of applause echoed around the hall.  All the performances were complete and Mrs McLoughlin was amazed by all of the poems performed. She congratulated all the performers then explained a challenge for the audience to complete whilst we waited for the judges to announce the winner.

The challenge was a spelling bee that Mrs Read had been advertising in the library. A sheet was handed out and the winner was the person who had a word with the most amount of letters.  Then the judges said some words about the different poems and what they liked about the performances. Mrs Read announced people who had reached the Million Air club and presented them all with their certificates.

It was time for the winners to be announced. The atmosphere in the hall was amazing as all pupils and performers were eager to know who had won. It began with second place being announced, which went to Isabel, Eleanor and Eva from 7Y3 with their dance poem. Then it was time for the winners. You could feel the excitement in the hall, as we waited for the result. In first place and winners of the Performance Poetry Competition were Lincoln, Jude and Spike with the poem called Mosquito. They were awarded with a box of Celebration chocolates. Everyone was cheering and showed appreciation for the winners. It was a great afternoon for the pupils and I believe each and everyone of them enjoyed watching and even performing. 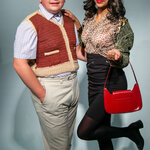 There's plenty going on in PE this week ... 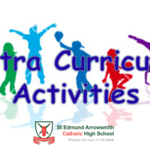