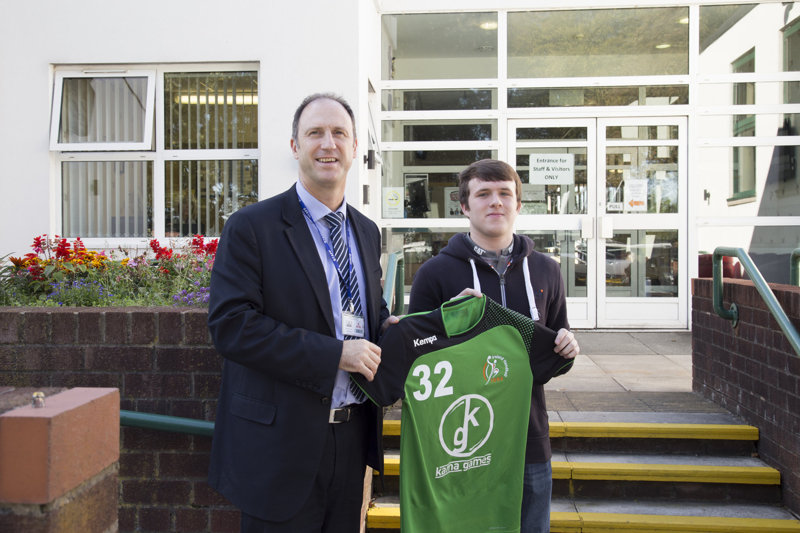 It was great to see Eoin McMahon, who left in 2017, call into school to chat about his success in handball over the summer.  Eoin represented Ireland at the European Championships held in Austria in August 2018! His Irish team played Great Britain, Turkey, Montenegro, Ukraine, The Czech Republic and Bulgaria.  Eoin scored goals against Montenegro and Ukraine, with the former goal featuring on a ‘Goals of the Day’ highlights feature. The tournament lasted three weeks and Eoin had a great experience both in terms of the quality of the opposition he faced and the life experience of being involved in international sporting fixtures.  He will represent Ireland again in October in an ‘emerging nations’ championships held in Kosovo.

Eoin has just started the second year of his ‘A’ level studies in chemistry,physics and music at Winstanley College and wishes to study chemistry at degree level, hopefully at Belfast University.  He is an extremely dedicated young man who has to juggle the demands of his studies and the rigorous training and playing demands of being an international sportsman!  Everyone at SEA is extremely proud of Eoin and his achievements and he has very generously donated his Ireland shirt to the school so we can display it to possibly inspire other pupils to international success.  I personally couldn’t be happier that such a well-mannered, respectful and courteous young man is doing so well and wish him every success in the future.